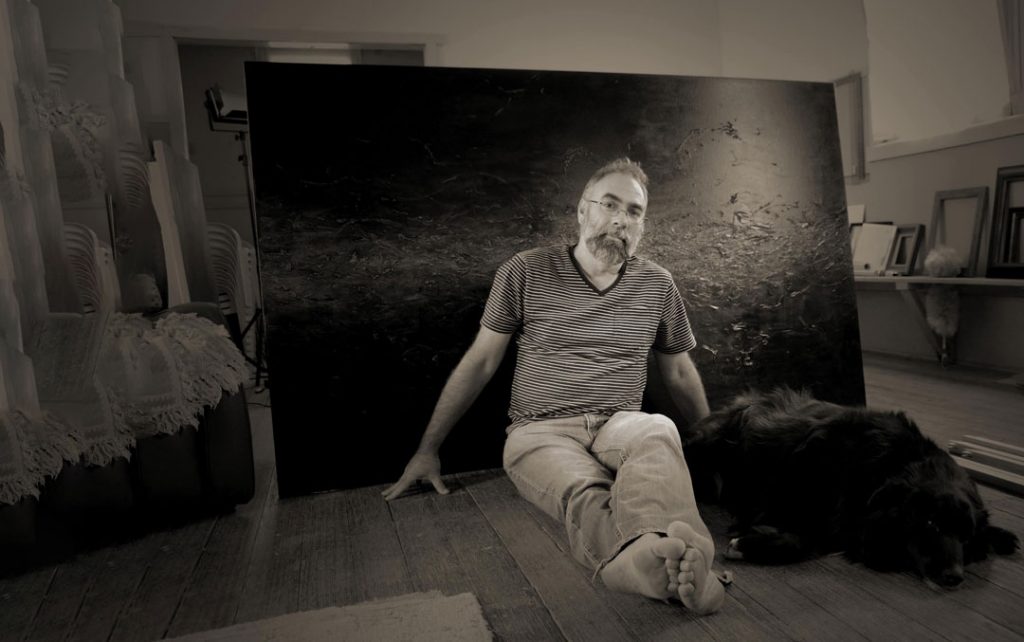 Ben Winspear is a Melbourne based artist who works in both oil and watercolour.

His work encapsulates a wide range of subject matter; anything that inspires him at the time. His painting often runs the full spectrum from purely representational through to abstraction – as he seeks to develop a synthesis of both in his own unique and personal visual language to describe the world around him.

His two loves though are the portrait/figure and the Australian landscape and regularly paints both from life, often painting from the back of his car en route to teach classes or a workshop. Passing on his knowledge to those who attend his classes and workshops is Ben’s other passion.  He seeks to ground students solidly in the traditions of observational drawing and painting with an informed use of quality materials.

He has been painting professionally for over fifteen years and has held several successful solo and joint exhibitions and been involved in numerous arts projects in the education field.

Ben is also a multi-award winner including winning the Castlemaine James Farrell Self Portrait Prize, the A.M.E. Bale Travelling Scholarship and Art Prize, and was nominated the 2016 Victorian Artist Society ARTIST OF THE YEAR.

Get the latest event updates, free learning and workshop information to your inbox.